Two web browsers, Google Chrome and Mozilla Firefox are the browsers used mostly by everyone in today’s era. They are launching a new version 100 soon. Even Developers and engineers are a little worried about this version. The change in the version number from 2 to 3 digits may cause some problems when visiting websites that are not prepared for this change. 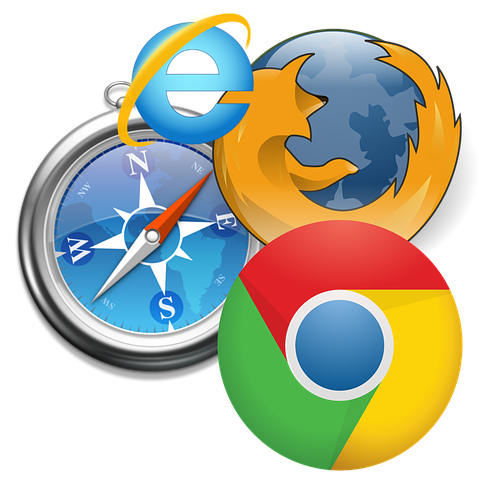 Regardless, updating their version numbers to triple-digits could cause matters with their User-Agents, which would then result in multiple bugs when accessing specific websites. This could be a problem for some websites. Let us know how chrome and firefox reaching version 100 could be a problem.

Let us get started.

What is Google Chrome?

Google is the biggest search engine platform that launched chrome and became a free web browser. Google Chrome lets people find the stuff easily but what happens sometimes is to find out the exact web page that you were reading last month. It won’t matter how hard you try, you will not get the data that you want.

Chrome is an official web browser released by Google in 2008.

What is Mozilla Firefox?

Firefox or Mozilla Firefox is an open and free source web browser which is developed by the Mozilla Foundation and the Mozilla corporation so that it could allow its users to browse the information using the internet. It has a sync feature to see your recent tabs, your bookmarks, your deleted history, and so on.

READ :   how does sony crackle work

Do you know about the difference between Mozilla Firefox and Google Chrome?

What do you know about version 100?

Folks do you know about the coming version 100 of chrome and firefox? If not, then you are at the right place as here you will come to know about it. Major version 100 is a big milestone for Chrome and Firefox as well. It also has the potential to drive breakage on websites as we could shift from a two-digit to a three-digit version number.  Web developers use all kinds of techniques for parsing these series, from custom code to using User-Agent parsing libraries, which can then be used to demarcate the corresponding processing logic. The User-Agent and any other version reporting mechanisms will soon report a three-digit version number.

Chrome and Firefox both are persisting to run tests and will be managing any of the errors they find up until their respective version 100 releases. They also have backups prepared if the change causes bigger problems than expected.

READ :   7 UI Design Principles That Every Website Should Know

If you would like to assist, both browsers have an option to trick websites into thinking they’re version 100. All you have to do is to turn the option on, then use your browser as usual and report any problems you encounter. As per the latest updates, chrome will release this version on March 29, 2022, and firefox on May 3, 2022. So let us wait for the best.

How can you Report this version?

Wrapping up the Context

In this context, you come to know about how chrome and Firefox are reaching version 100 could be a problem and it will create disaster amongst the people. Google Chrome and Mozilla Firefox are the browsers used mostly by everyone in today’s era. They are launching a new version 100 soon. It would be helpful to you all.